Miss Alyssa Trocci studied ballet at New Castle Regional Ballet for 15 years.  Of those 15 years, she was a company member as well as a performer at 3 RDA festivals. After graduating from the program in 2013, she went on to Slippery Rock University where she graduated with a B.S. in Education. She now works as a teacher at Union Area School District.  Miss Trocci enjoys being back at the studio where she spends her time assisting, conducting rehearsals, as well as teaching the Creative Movement class.
​ 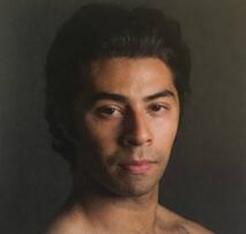 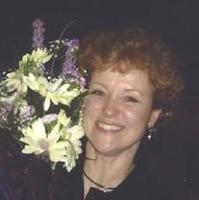 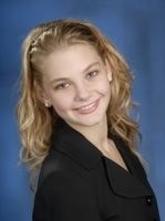 Debbie Parou is the artistic director of New Castle Regional Ballet. Debbie founded the New Castle Parou Ballet Company 20 years ago as a non-profit organization to promote quality ballet training and to present performances for the New Castle area.  She has owned and operated Menichino School for Dance for 33 years along with the Parou Ballet School.

Her students have been accepted to summer intensives at the Boston Ballet, Cleveland Ballet, and Central Pennsylvania Youth Ballet, to name a few. Her dancers have also received scholarships to the Julliard School for Fine Arts in New York City; ButlerUniversity’s Jordan School for Fine Arts; Indianapolis, Indiana University’s dance program in Bloomington; and the Duquesne University Tamburitzans. 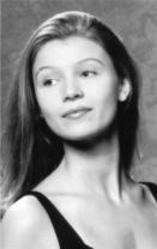 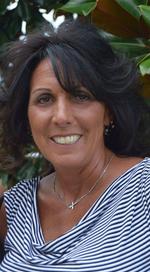 Lori began her journey with dance as a member of the Parou Ballet Company until 1985.  She has attended Central Pennsylvania Youth Ballet, Regional Dance America Festivals, and Dance Masters Conventions to further her knowledge of teaching dance.  Lori now focuses her energies on teaching the Pre-School and Ballet 1 levels.  She is an Assistant Director for NCRB's annual production of the Nutcracker, as well as the secretary for the NCRB Board of Directors.

Megan trained with the Lake Erie Ballet School, under the direction of Sharon Filone, and at the Pittsburgh Ballet Theatre School.  She danced with Pittsburgh Ballet Theatre for 6 seasons where she performed such roles as the Spring Fairy in Ben Stevenson’s Cinderella, Elegy in George Balanchine’s Serenade, and the Sugar Plum Fairy in The Nutcracker.  She also enjoyed performing contemporary works such as The Rite of Spring and Kevin O’Day’s STING/ing Situations.  Megan also participated in choreographic and fundraising projects such as The Move and The Dancer’s Trust.  Ms. Trambley was on the summer faculty for the Central Pennsylvania Youth Ballet's Summer Intensive Program.  She is a guest instructor in ballet and pointe at NCRB.

Elissa trained with the New Castle Regional Ballet where she was a company member for nine years and performed at five RDA festivals.  She has attended summer programs at Allegheny Ballet Company and Central Pennsylvania Youth Ballet, including the teacher's workshop at CPYB.  Elissa also attended the Craft of Choreography Conference held in Seattle. While competing for the national title of Junior Miss in 2009, she won the America's Junior Miss Talent Award for her Don Quixote wedding variation en pointe.  Elissa is a graduate of Grove City College with a B.S. in Exercise Science and Gordon College with a Master’s Degree in Education.  Elissa teaches ballet and pointe classes, choreographs ballets for company dancers, and conducts rehearsals.

Jessica began dancing at the Parou Ballet Company at the age of three and continued until she graduate high school. She also participated in the first Nutcracker production. Jessica holds a BSN, a MSN as a pediatric nurse practitioner and a Pd.D. from the University of Pittsburgh. She is currently an assistant professor at Duquense School of Nursing. Jessica is on the board of directors for NCRB as well as the tap instructor.

Alexandre Silva is from Brazil, where he received his dance training from Cuban master teacher Pablo Moret, Ofelia Gonzales, and the Brazilian teacher Christina Helena. Alexandre performed professionally with Sesi Minas in Cuba, and then later in the United States at Utah Regional Ballet. He was the 1997 Silver Medalist, 1998 Silver Medalist and 2000 Gold Medalist in the International Festival of Joinville and also received special recognition for the highest scores among all competitors for the entire event. His professional dance career spans 19 years of experience as a professional dancer; including 12 years as a soloist of Pittsburgh Ballet Theater (“PBT”). In this capacity, he performed numerous main roles in the classical ballets Swan Lake, Giselle, Le Corsaire, Coppelia, Don Quixote, Cinderella, Raymonda, Sleeping Beauty, La Sylphide, La Fille Mal Gardee, and many others. Additionally, he has had experience dancing in numerous modern ballet productions including: Sinfonietta by Jiri Kylian; In the Night and The Concert by Jerome Robbins; In the Upper Room by Twyla Tharp; Sylvia, Allegro Brillante and Western Symphony by Balanchine, among many others.

Kayla began her dance training at the New Castle Regional Ballet where she was a company
member for six years. She had the opportunity to perform at two RDA festivals and attended the
Craft of Choreography Conference in Seattle, Washington. She earned a B.A. in Dance and Art
Therapy at Mercyhurst University in Erie, PA under the guidance of Tauna Hunter and Robert
Tavani, respectively. At Mercyhurst, Kayla has performed with The Mercyhurst Dancers as well
as the Liturgical Dance Ensemble led by C. Noelle Partusch. She is currently a Protective Service
Representative at APSI, where she advocates for adults with developmental disabilities.